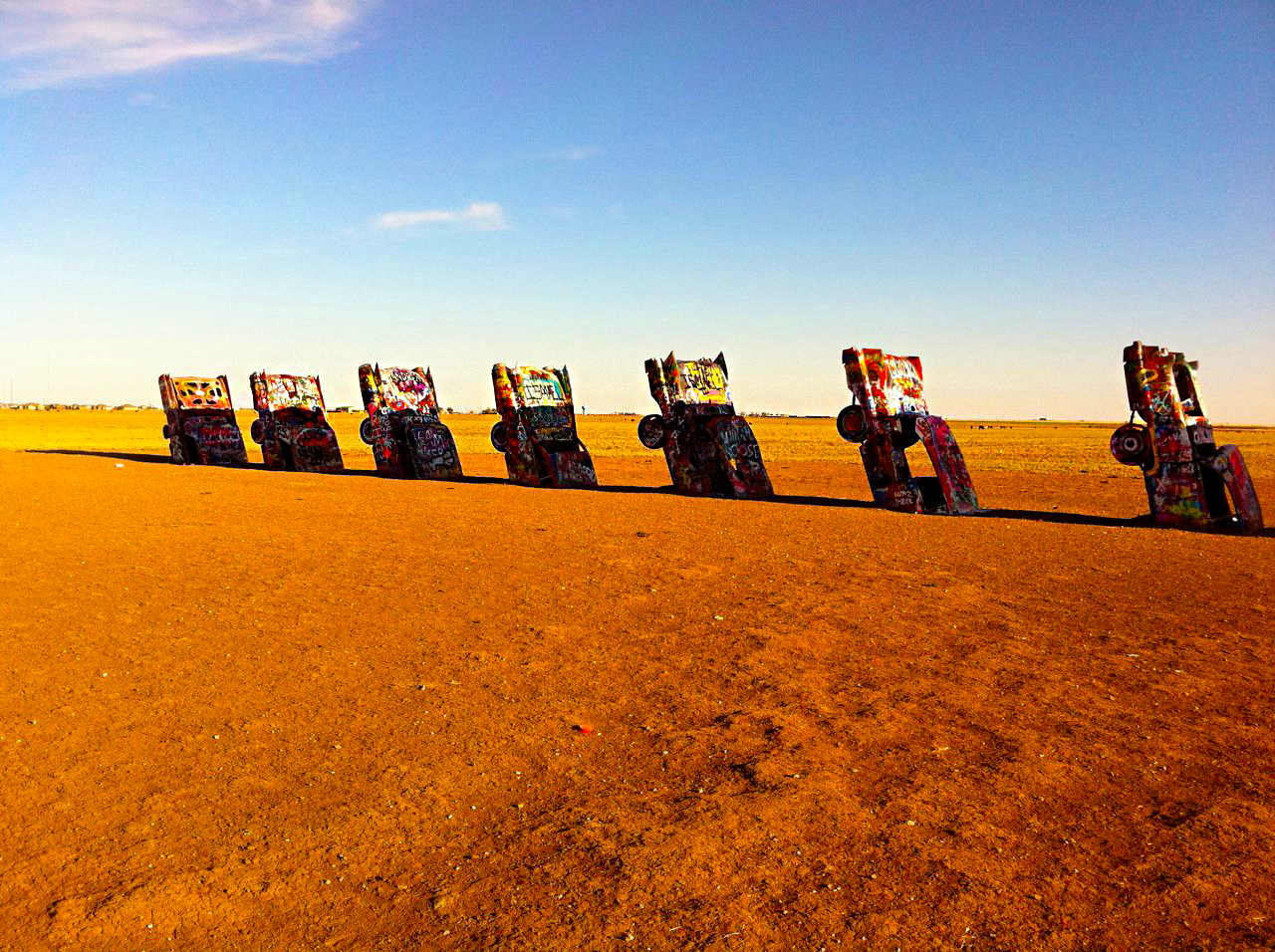 I was shooting photos for an editorial on America’s roadside attractions. Most of these attractions were honkey-tonk especially in the American West and Route 66. I had heard of Cadillac Ranch years before. I believe its preservation was support by the Dei Art Foundation of New York City/ Beacon N.Y. It was considered serious art. It was created by a small art collected named Ant Farm.

I drove 12 hours out of my way to photograph Cadillac Ranch. I found it just outside of Amarillo, Texas I intended to spend several hours there, but I miscalculated the drive. I arrived just before sunset. The timing turned out to be perfect. It was well worth the drive

One reply to “Cadillac Graveyard”

This site uses Akismet to reduce spam. Learn how your comment data is processed.